Fly me to the Moon

In Galen Rowell’s book Inner Game of Outdoor Photography he quotes Louis Pasteur Chance favors the prepared mind. Well, it happened to Howard & I today. We spent two days looking for landscape photos in the Creston Valley Wildlife Management Area near Creston, BC.

The first morning we were having coffee after an early morning shoot when some geese flew past the moon. We thought, "there would be a good shot, especially with some nice cirrus clouds". This morning, at a little after 6:00, there were three small circus clouds in the southern sky and Howard said "they are heading in the right direction".

So I set up the tripod and camera, adjusted the settings and stood waiting for a few minutes. I was thinking "whats the chance of geese flying into this scene" and almost moved to a different location to photograph anything passing on the river.

All of a sudden Howard said "Dad there are geese coming!!" Unbelievably they were headed straight for the cirrus cloud which had moved to surround the moon. I started shooting - about 15 frames. This is the one with the geese in a perfect position. 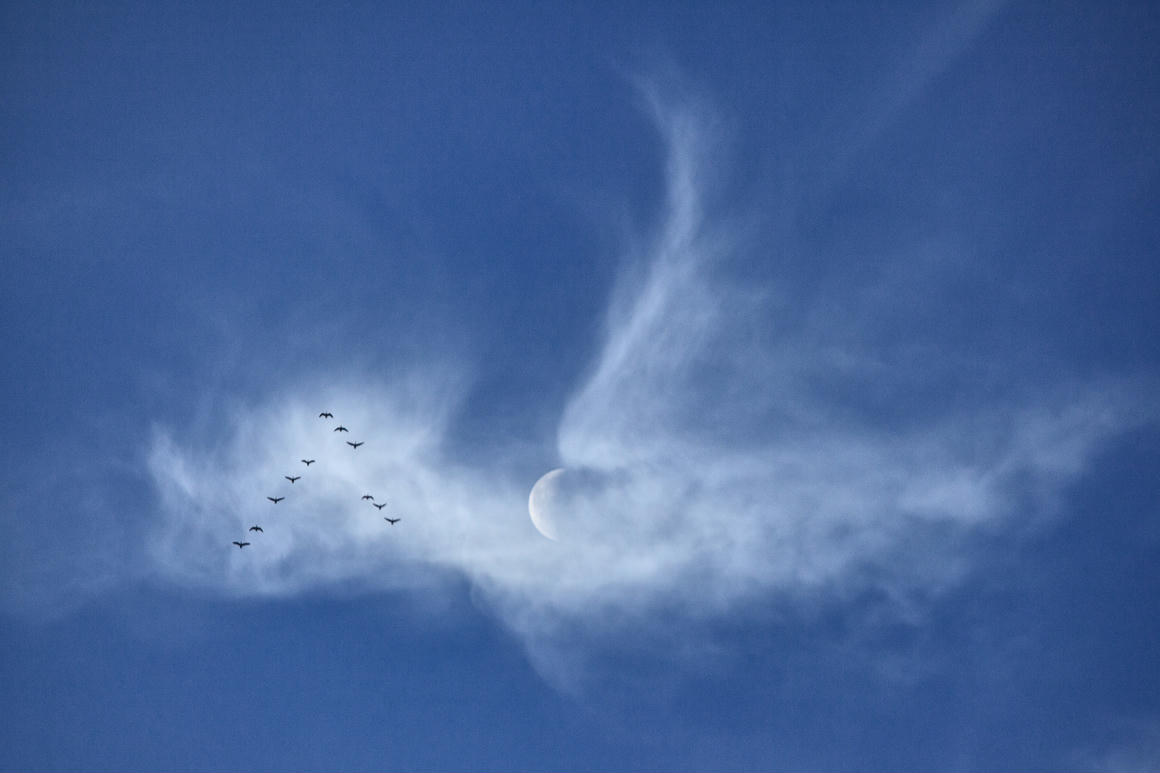 We didn’t notice the "wing" on the cirrus cloud until we downloaded the images into the computer. We were elated and somewhat stunned that the convergence of clouds, moon and geese had actually happened just as we had envisioned the morning before. Chance may favor the "prepared mind" but it also favors teamwork!!